Benefits of Cinnamon and Honey 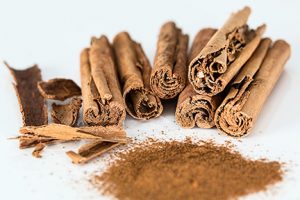 This is a basic overview of just some of the benefits of Cinnamon and Honey. For more detailed information, see the honey article and the cinnamon article

The benefits of raw honey shouldn’t be underestimated, especially when it is mixed with other healthy ingredients like cinnamon. There are many different types of honey and it’s best to get raw honey, one that has not been processed if you can. If not, the organic or Manuka honey would be another option.

There are two types of cinnamon, Ceylon and Cassian. Cassian cinnamon is the best if you are looking for the health benefits of cinnamon. I’ve listed some of the ways that a combination of cinnamon and honey can contribute to good health.

Both honey and cinnamon are full of antioxidants which help to fight free radicals in the body. This is can help  in fighting and preventing diseases.

Research indicates that consumption of cinnamon alone can be effective in reducing bad cholesterol and triglycerides. A daily intake of cinnamon mixed with raw honey can be very helpful in keeping your cholesterol in check.

A mixture of honey and cinnamon is known to be very effective in weight loss. This mixture works by reducing appetite and making one feel fuller. Thereby, decreasing the amount of calories taken every day.

The combination of these two ingredients also help in boosting metabolism, which kick starts weight loss. If you are taking honey and cinnamon for weight loss, it is advisable to take it regularly. This will help your body block fat absorption.

Because of this, the mixture is sometimes recommended for people with diabetes. This can be really useful as part of an overall weight reduction plan

Taking a mixture of honey and cinnamon every morning cab gives a great energy boost, good for keeping you going throughout the day! traditionally, the Chinese have used cinnamon to boost flow of energy in the body.

Cinnamon is known to stabilize blood sugar, an important factor in boosting energy. Because honey contains healthy sugars, combining honey and cinnamon can help start your day with a boost.

Combining honey and cinnamon makes for an effective breath freshener. Mix the two in warm water and gargle every morning. This will keep your mouth smelling fresh all day long.