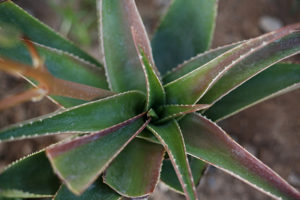 Aloe Vera is a small green leafy plant that looks kind of like giant blades of grass. It has a wealth of health benefits.

It’s not an unattractive houseplant that is easy to purchase from florists, greenhouses, and even some lawn and garden stores. It’s also very easy to grow and has countless practical uses.

Because Aloe has so many uses and is so easy to grow, it is a great starter plant for people interested in herbal medicine.
Aloe Juices, Gels, And Creams.

As for Aloe gels vs. juices, some advocates of aloe recommend cutting a leaf and rubbing the juices directly onto minor cuts, burns and rashes.

An article by published in The Natural Medicine Journal, however, recommends pasteurizing aloe juices by heating it to between seventy and eighty degrees Celsius for less than three minutes. This is one of the many reasons that Aloe Vera is usually sold as a gel.

If you decide to pasteurize your Aloe Vera, it means that it will be more worth your time to harvest a larger volume at a time.

This article won’t go into the procedure, but other resources give instructions on making aloe gel at home like this YouTube video:

Creams made from aloe are also readily available, which are commonly used to treat psoriasis and herpes sores.

According to a 2013 paper published by Scientific Research Publishing, an open access journal, Aloe contains many enzymes, vitamins, minerals, and amino acids that make the plant great for helping the skin to heal after burns, sunburns, and minor cuts.

Aloe can be used topically for all of these uses by applying juice from the plant or a gel derived from those juices on the afflicted area. An article published by How Stuff Works recommends making a “home burn kit” from aloe gel mixed with a vitamin E gel.

Gels made with vitamins A, E, and D are often used to treat skin irritations and are readily available from most big box stores, as well as pharmacies and health and cosmetic stores.

If you can just buy these gels, one might ask why bother with the Aloe? Aloe has additional proteins and enzymes As well as a soothing scent and feel that doesn’t come from vitamin gels.

While most uses for Aloe Vera are external, the juices and gels from the plant can also be ingested. According to the Mayo Clinic, Aloe Vera gel can be applied to the inside of the mouth to treat sores. Some forms of it can be eaten as a laxative.

There are also aloe mouthwashes on the market that are helpful for treating sores in the mouth. 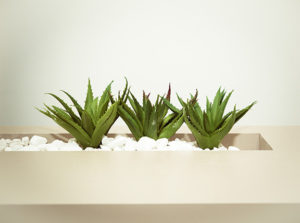 Aloe vera juice is crammed full of amino acids, vitamins and minerals making it one of nature’s most effective cleansers.

Its main property is to be soothing, cooling and moistening which helps to clear inflammatory and irritating heat, such as in menopause, plus inflammatory skin and digestive problems, such as acne, rosacea and IBS.

You can read the full article here

If you bought your Aloe gel, it might be meant for topical use only. Gels that you buy from the store are often mixed with other kinds of butter and gels that aren’t safe for consumption. Be sure that you read the container before you put Aloe gel in your mouth

.
The National Center for Complementary and Integrated Health also warns that if too much is used too frequently in this way it can lead to kidney damage. This is why laxatives made from aloe extracts were banned in America by the Food and Drug Administration in 2002.

Aloe also contains a naturally occurring latex, which some people are allergic to, so talk to your doctor before using Aloe orally.

A Brief Disclaimer
As with most medicinal herbs, there are a lot of proposed uses for Aloe Vera that still need some further scientific study.

According to WebMD, some people believe that Aloe Vera can be used to treat severe medical conditions like diabetes and cancer.

While Aloe Vera may help to relieve some more superficial symptoms of these conditions, there isn’t enough evidence out there that it will treat the underlying causes.